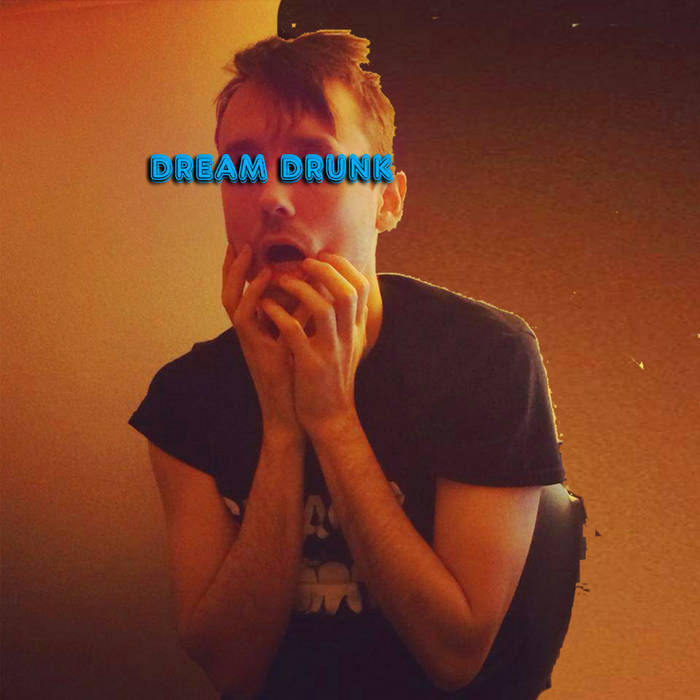 The biggest cultural influence on this album is the scene in Silence of the Lambs when Buffalo Bill dances to “Goodbye Horses."

It’s not the song "Goodbye Horses” by Q Lazzarus that is the influence on this album. It’s the particulars involved in the whole context of that scene. The whole vibe.

In late 2010/early 2011 when I first recorded these songs I didn’t know what the word “Grotesque” meant. I thought it meant gross or disgusting. I then learned that it means “unnatural” or “odd or unnatural in shape, appearance, or character; fantastically ugly or absurd; bizarre”

During the time I was recording these songs I discovered an odd subsection of tumblr that reminded me of the mood set by that scene in Silence of the Lambs. it was just beyond the witchhouse blogs popular at the time. The band Salem and their campy gothic aesthetic was filling the void of “godless idol” for the teenage-rebels-searching-for-a-cause that owned these blogs. I saw my own teenage love of Marilyn Manson in their admiration. As is always the case the limits seemed to be being pushed even further.

(Before Marilyn Manson there was Ozzy, before Ozzy there was Kiss, Alice Cooper, Screaming Jay Hawkings even the Beatles during the week John said they were bigger than Jesus,) Bands who revel in giving teenage rebellion a voice by producing posters, shirts and ideas that scare parents and shock kids by bluntly stating the realities of modern society their schools, pastors and parents try to repress. Thus making the music even more appealing.

These were now kids looking for something new and real and hosting tumblrs full of images representing a uniquely specific aesthetic that reveled in this level of shock. Images of the Falling Man, the Black Dahlia, Budd Dwyer, police photo of corpses, abandoned mental hospital walls, those 1800 photo-portraits of deceases babies, rotted stuffed animals placed on gravestones, images meant to create a mix of morbid shock and 90′s nostalgia (Jean Benet Ramsey, Princess Di, Columbine), and things that would make the moderators of Rotten.com blush.

(arguably, these images aren’t truly considered or deconstructed by those posting them as much as re-shared for their own superficial shock value. What’s relevant is that I saw them and considered and deconstructed them as they became the inspirational crux in creating this music)

Such photos, for example the mangled faces of the deceased, are a part of the phenomenon of Uncanny Valley. And there is a gut feeling from witnessing the Uncanny Valley. An uneasiness caused by a mix of emotions including anxiety, fear, and a curiosity for what feels like an unpleasant nostalgia. It’s akin to how we recognize what is kitsch and camp. It has its own odd, attractive quality. It’s a disgusting feeling we can’t stay away from. This specific style has an appeal all its own, like the popularity of sad,emotional dramas or horror films or knowing the facts of serial killers.

It’s the odd black ooze in your veins when being faced with art or artifacts and images that offer a glimpse of consideration to untapped side of your existence. In my opinion, this sensation is often caused in high art, specifically the avant-garde, more than any other medium. An Andres Serrano photograph of a wound on a corpse or a museum collection of equipment used to prepare bodies to be shown at funerals. Its the reason the Southern Baptist preachers love talking about the fire and brimstone of hell. The idea that hell is a real place beyond your death or that wounds that look painful but are on bodies that can no longer feel any pain is horrid and enlists a curiosity that strikes us like a sharp knife through the day-to-day concerns of everyday life.

We are humbled by being forced to acknowledge what we know to be true but are afraid to admit. That we are going to die. And death is real and, even if hell is not, death might not be pretty. But it has a beauty in its own way.

Most art attempts to attack our structured perception of reality to expose it as a sensorial facade. A facade projected onto a world that simply exists and our existence only has meaning because of our sensorial perception of ourselves. The world exists with or without humans being conscious of our existing in the world. The goal of this art is then to expose the world beyond the way we perceive it. A noble goal then is seeing in what new ways we can penetrate the veil of our sensory perception and view the world from a new, and honest, angle.

This album might not do that for everyone. or anyone. All I can say is if “Goodbye Horses” didn’t exist, this is what I imagine Buffalo Bill dances to. When he’s taking a break from posting on tumblr and tosses chicken bones to a woman in a well.

I understand this is a weird album. Especially aesthetically, because it was recorded straight to cassette tape then uploaded to a computer. But like other “weird” albums like Arthur Russell’s “World of Echo” or James Ferraro’s “On Air” or Oneohtrix Point Never’s “Replica” (or “Kid A” or “Trout Mask Replica”.) I think once you start from the beginning your ears will become acquired to its taste. You might even enjoy it. Or (like dictionary.com says) find it “ fantastically ugly or absurd; bizarre”

Dream Drunk is a "musician" and "artist"

Bandcamp Daily  your guide to the world of Bandcamp